Got Conflict? Again?!? CPS it, and Consider it Done.

By Robert Frantz
Alumnus
International Center for Studies in Creativity 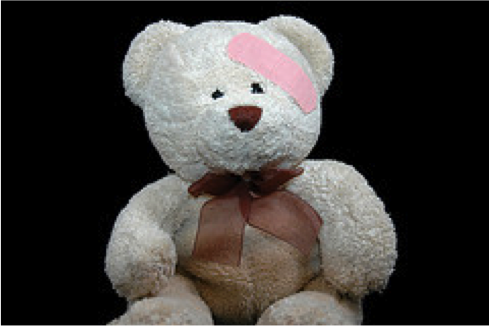 So, there it is -- that BandAid® stuck to your knee, or arm or hand from a few days ago. They weren't lying on the package when they advertised that it would stick on for days. Now, it's time to remove it. How are you going to do that? Slowly? No, of course not, you are going to rip it off as quickly as possible!

We have been taught since early childhood to get painful things over with as quickly as possible. In fact, people who intentionally extend painful experiences are diagnosable with a particular psychosis.

Did you know that for most people conflict is neuro-physiologically processed by the human brain similarly to pain processing? Conflict, just like physical pain, causes an "away-reflex," so we try to resolve conflict in a single step to "get it over with" as quickly as possible, usually in just a single intervention. When that doesn't work -- when conflict returns or continues anyway -- our emotional response is amplified, typically including frustration, anger, and withdrawal.

My master's project, enticingly entitled Toolset for Visual Creative Conflict Management, (OK, I'll need a good marketing name before going mainstream with this) aimed to provide a toolset that transitions a user's handling of conflict from pain-reflex to rational thinking. Central to the project was a charting tool that allowed the user to plot the initial positions of the partisans (collaborate, sue, fight, ignore, run away, etc.), and then to see a number of degrees of separation between their initial positions.
By quantifying the separation between their starting positions, the user can see that a single intervention is not likely going to work, leading the user to be able to plan a multi-step resolution. And, by using a Thinking Skills Model Creative Problem Solving (TSM-CPS) Tool Card, the user can find new "sparkly" ideas to move beyond steps when stuck, while avoiding re-trying things that won't work (again).

But wait, there's more if you order in the next 60 seconds! We'll throw in a set of Tool Cards, each of which helps the user gain insight into the situation, the partisans' motivations, and how to overcome biases and prejudices. For example, got a user who has strong biases? Use the Dąbrowski Theory of Positive Disintegration Tool Card to find a way to reframe the issues at hand. Or, having trouble coming up with a plan that all parties will agree to? Try the Maslow's Hierarchy Tool Card to understand if each partisan is more interested in a short term, mid-term, or long term plan. Having trouble getting the parties to move beyond the status quo? Consider using a personality type Tool Card such as a Keirsey Temperament, Enneatype, or MBTI analysis to see what may be holding each party in place. Think you have everyone in agreement just to discover there is someone else who has influence in the conflict? Use the Web of Parties Tool Card to fully explore the full range of first, second and third parties in the conflict, especially to identify the spoilers, and to find possible helpful outsiders to recruit to the effort.

What if your conflict is intractable? You know, the kind of conflict that goes on and on and on because the partisans absolutely refuse to change or accommodate each other? The new Toolset works even on intractable conflicts because CPS is best when used on really difficult problems which defy normal solution processes.

In fact, if you keep going over and over the same conflict solution ideas but nothing looks promising (e.g., problem fixation), and if everyone involved knows too much to be of any real help (e.g., excessive domain knowledge), CPS provides a way to break out of the paralysis analysis loop and to bring in fresh outside ideas.

Many creativity all-stars have written about using creativity to solve conflicts, including Howard Gardner, Dean Simonton, and Howard Gruber. Even Aristotle contributed to theories of persuasion, which comes in handy for getting people to agree to stuff. Ideas yielded by CPS often are new and ownership-free, so the conflicting parties may attach mutual ownership to the solution, and you'll get a natural level of support and desire to make the solutions work among all the parties. Mutually-acceptable conflict solutions need much less enforcement effort, such as police, courts, referees, etc., because all parties are willingly engaged to support and sustain them.

Using CPS, conflict resolution facilitators stay out of the actual argument and let the partisans generate their own new ideas. Even a novice or incidental conflict manager can confidently facilitate ideation and implementation among the parties in conflict without needing to be an expert in the issues and, more importantly, without having to take sides in the conflict! And, by being a third-sider who is uninvolved in the conflict, a CPS-empowered conflict manager gains the advantage of being perceived as neutral among the parties, a key element towards persuasiveness.

Persistent, everyday low-level conflict can be reduced using CPS. By handling smaller, everyday (little-c) conflicts early and consistently, perhaps some of the larger (Big-C) conflicts will never happen. To find out more about my project, please feel free to contact and you can access the paper here: http://digitalcommons.buffalostate.edu/creativeprojects/209/ 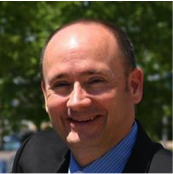 Robert Frantz is an electronic design engineer, patented inventor, registered patent agent, and a recent graduate of the program in creativity studies at Buffalo State (SUNY). His focus is on innovation, persuasion, and conflict transformation using creativity. He can be reached at rfrantz@franklingray.com and LinkedIn.com/pub/robert-frantz/14/1b4/6a6/