“Money does not buy happiness,” we implicitly agree and explicitly enact to varying degrees. Psychological research has found this claim to be both true and false; a more accurate phrase would be, “Money doesn’t buy happiness... after a certain point.” According to research by Daniel Kahneman, behavioral economist (a term coined by Kahneman himself) and author of the fascinating Thinking Fast and Slow, happiness does increase as income increases but only up to an annual income of $75,000. In other words, below $75,000, income and happiness mutually increase and beyond $75,000 the correlation ceases to exist.

In a sense, Kahneman’s threshold is a re-expression of Maslow’s seminal hierarchy of needs. Both Kahneman’s research and Maslow’s hierarchy function upon the correlation that as certain strains decrease, other, higher values flourish. In Kahneman’s research, as stress, worry, and feelings of sadness decrease (and income rises), positive affect increases. In Maslow’s theory, similarly, as our biological needs and our need for safety are met, we can then turn to pursuits such as self-actualization and creativity.

As mentioned, creativity sits atop Maslow’s pyramid, and comes into play only after basic needs have been met which, in certain respects, makes total sense. Take our environment, for instance, often the product of financial status. Many of us inherently sense that our environment deeply impacts how we feel and act, and there is plenty of research to support this: Natural settings decrease stress and refresh the mind; color, light and space affect productivity and emotion; clutter can both stimulate inspiration or reduce focus according to different studies. Environment has a huge effect on how and what we create, as well as affecting our emotions overall.

Creative individuals and companies understand the importance of a creative workspace, or a creative “oasis” as John Cleese calls it in his funny yet insightful and informative talk on creativity. Having the resources to cater to one’s creative preferences, whether that means practically or aesthetically, or both, can enhance creative work. Often cultivating ritualistic tendencies within their life structure, the creative person applies the same seriousness to refining an environment that nourishes these rituals. For instance, children’s author Maurice Sendak

“has a... working studio that contains a huge unit with flat pullout drawers in which he keeps sketches, reference materials, notes articles. He works on several projects at a time, and he likes to keep the overlapping materials out of sight when he’s tackling any one of them.”

It might be said, then, that money does buy creativity (or at least enhances it) when one has greater access and freedom in choosing and customizing a work environment.
Having the freedom and the means to secure a pleasing environment may, however, evade our reach regardless of salary. Perhaps we have no choice but to work out of a cubicle daily, or whether we work from home or in the office. On the other hand, those lucky enough to choose where they work can access a pleasing environment regardless of income with the growth of co-op spaces and the existence of wonderful public spaces.

Apart from low-cost creative spaces, financial security and creativity diverge in the case for simplicity and its ability to bolster rather than block one’s creativity. As Tharp states in her lovely book, The Creative Habit,

“Whom the gods wish to destroy, they give unlimited resources."

In other words, limits often help us be creative by providing a framework to innovate within. Without the means to accomplish something in a traditional manner, scarcity often necessitates creativity. Furthermore, a minimalist workspace has been shown to increase focus in certain studies.

Subscribing to the notion that “money does not buy happiness,” may be virtuous, but also a bit foolish. As demonstrated by Kahneman, money does buy happiness-- at least to an extent. Furthermore, minimalism and materialism are not necessarily exclusive values: after all, the minimalist must first be able to afford a space to assert their minimalist tendencies within. 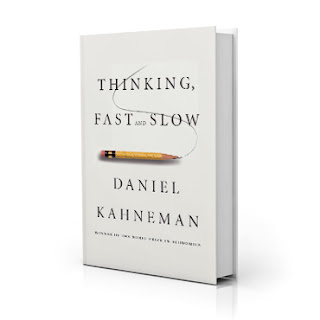 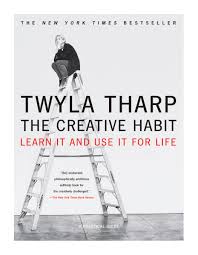 Bio:  Molly Holinger is a graduate student and Graduate Assistant at the International Center for Studies in Creativity at SUNY Buffalo State. Before coming to Buffalo, she co-taught Creativity, Innovation and Vision at the University of Illinois Urbana-Champaign. With her colleagues at the University of Illinois, she co-authored the textbook Building Your Creative Toolbox.