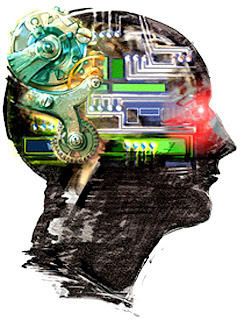 Hey Diego,
also brilliantly written!
I was intrigued reading about the limitations of computers in regards to transformational creativity. My thought has been (as I mentioned in my blog) that computers can certainly create options by recombination via algorithm, but they can not recognize novelty. The criteria would have to be programmed, and that would then be a limitation. THe notion of creating shifts in the conceptual space seems key. I agree that the pursuit of AI is giving us insight into human creativity, and the impasses offer as insight as the breakthroughs. Thanks for sharing.
Pam

Nicely done and very impressive. Gives me the goosebumps to think about where it's all going, and I agree that I want to see it, but I don't. Curiosity makes us sing and scream.

this is a wonderful blog and helpful information,thanks for sharing.for more click on:
what is artificial intelligence

Your article is valuable for me and for others. Thanks for sharing your information!
https://blog.mindvalley.com/types-of-intelligence/

I like your post very much. It is very much useful for my research. I hope you to share more info about this. Keep posting ai online training India