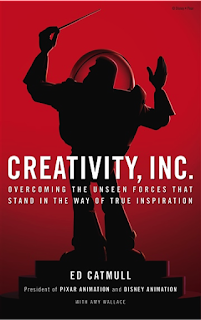 SCOPE OF THE BOOK

This book presents a non-fictional account of the humble beginnings of Pixar Animation Studios through the lens of it’s creator, and visionary, Ed Catmull. Printed in hardcover, the text is an autobiographical exploration into the barriers that hamper creative expression and the leadership necessary to produce an environment essential for creative output.

This is the riveting story of a partnership between Ed Catmull, John Lasseter and Steve Jobs that stresses the importance of understanding human interaction in order to “foster a creative culture that would continually ask questions … to find, develop, and support good people, (who) in turn will find, develop, and own good ideas.”

This is a story that emphasizes the key role creative leadership plays in the development of an inspired culture that unleashes creative potential.


OVERVIEW OF THE BOOK

A computer scientist, Ed Catmull always dreamed of being a filmmaker and wanted to tell stories through moving cartoon pictures. However, early experimentation with flipbooks made it obvious that his talents did not lie with animated drawing. Undaunted, he was convinced he could make superior 3D animated films and set his efforts upon realizing that dream. There was one paramount concern; there currently wasn’t the technology that made 3D animation possible, he would have to invent it.

Beginning in 1972, Catmull spent 10 weeks making a short film of his left hand in digitalized fashion. In 1974, he was hired to run a start up business known as the New York Institute of Technology, whose mission was to “bring computers into the animation process.” Ed soon realized that funds to buy equipment and hire innovators in the world of computer animation weren’t enough to make good films and tell believable stories.

In 1977, George Lucas approached Catmull to head up a department at Lucasfilms developing special effects for upcoming projects. It’s during his tenure that he began to realize his hierarchal management model was not the best way to motivate creative individuals. He started to adopt the viewpoint of George Lucas himself and began believing the managerial process should be about “moving toward something – of having not yet arrived”. He began to understand how tolerances for ambiguity and openness to new experiences were necessary for good creative leadership.

Creativity, Inc. is not a story of innovation in computer animation and story-telling, rather it’s a culmination of experiences and managerial experiments that led Ed Catmull on a path of discovery, to truly understand the effectiveness of creative leadership.

In 1986 Lucasfilms was sold to Steve Jobs and renamed Pixar Image Computer, a software
development company that was allowed to dabble in computer animation. It wasn’t until a 3-picture deal with Disney was negotiated that Pixar realized their true core values. They were a creative company, “a culture of candour and freedom and the kind of constructive self-criticism that allowed our people, and the movies they made, to evolve into their best selves.” 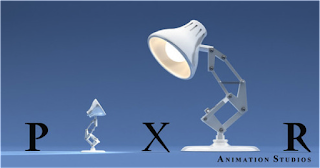 One of the key principles Pixar depended on was, “trust the process…. Pixar was a place that gave artists running room, that gave directors control, that trusted its people to solve problems.” The climate fostered by Catmull, and his team, firmly supported the development of people. He believed that the creation of a safe environment allowed people to make mistakes and from most mistakes came great solutions and better direction. Pixar trusted that giving employees the freedom to make errors helped them interpret failure as “a manifestation of learning and exploration.”

He encouraged practices such as Braintrusts, Randomness and Notes Days that supported honesty, candour, brainstorming and constructive criticism, bringing Pixar closer to greater insights that would lead to better ideas.

Pixar believed in the creation of spaces that steered employees into “accidental mingling”, random spaces where anyone could run into anyone and share ideas. “Steve understood that creativity wasn’t linear.” He believed that creativity was not a solidary endeavour and he made sure the plan of the new Pixar building of the early 2000’s, “was designed to encourage people to mingle, meet, and communicate…” He realized the importance of the creative climate and planned meeting rooms, theatres, game areas, and eating spaces to stimulate “cross trafficking”, producing better opportunities for improved flow of communication between employees. In addition, employees were urged to decorate their office spaces to reflect their individuality and creative core.

Catmull takes the reader on a true adventure of creativity summarizing the key principles, and creative language, that has been foremost in our creativity studies. Mindfulness, authenticity, openness, self-awareness, freedom to make mistakes, creative climate, tolerance for ambiguity and complexity are common themes shared throughout the book. The illustrations offered by the author demonstrate how these principles can be woven into the managerial fabric of highly successful corporations, while staying true to the company’s original philosophies and ideals.

Although the creative product produced by Pixar could be argued as living in the “Arts” world, it’s profits and public shares immortalize it in the world of finance and accountability to shareholders. This book is an excellent illustration of the practicality of creative leadership and how adopting core creative principles can lead to true innovation and profits.


Peggy Barnwell is currently an Advertising Professor with the Pilon School of Business at Sheridan College in Oakville, Ontario Canada with a strong interest in building creativity into the teaching curriculum, and highlighting CPS in practical business applications. She spent the early part of her career in the advertising industry developing marketing communications campaigns for a variety of private sector and non-profit clients. Peggy is also a member of the National Consumer Response Panel for Advertising Standards Canada and is currently completing her Masters Degree in Creativity at Buffalo State College.